The full-size SUV segment has seen new comers last year like the MG Gloster and even the Tiguan AllSpace, but you know what it’s also seen? Models like the Ford Endeavour and the Honda CR-V make an exit. In fact the AllSpace too is no longer available in the market. And so, the options you are left with are the Toyota Fortuner, Mahindra Alturas G4 and the MG Gloster. It therefore is an opportune time for Skoda to bring in the Kodiaq facelift.

The facelift made its global debut in July 2021 and it’s taken some time to get here, but enough talk and let’s dive straight into what has changed.

The Kodiaq now gets a more upright stance and that’s achieved by raising the bonnet a bit and the design of the front grille which now looks sleeker. Then you get these LED headlamps, which are more angular than before. There’s no Matrix LED on this yet. Now the front bumper too has been redesigned and you get these air curtains which help make the Kodiaq more aerodynamic.

Move to the profile and you’ll see that it hasn’t changed much. The sharp lines and curves remain very much part of the car, but you do get new 18-inch alloy wheels with a new design and they look good. We would have loved to see more options though. 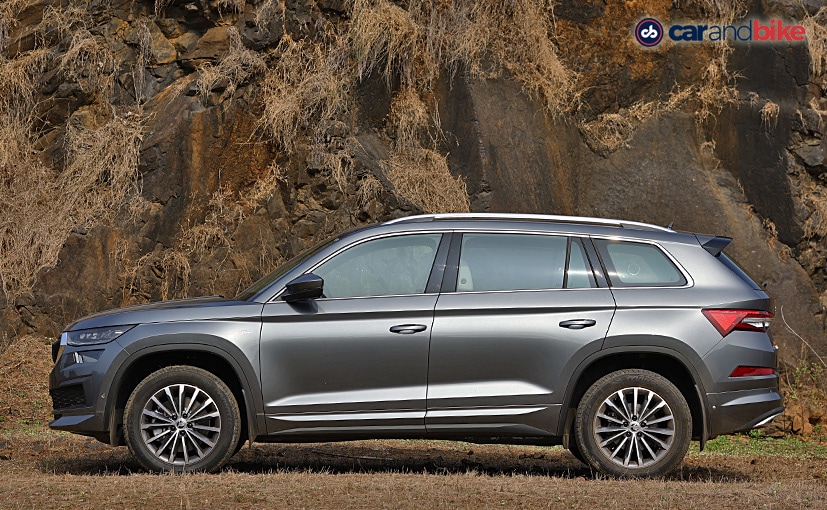 The rear gets updated tail lamps which add to the flair of this SUV and the rear spoiler too adds to the aerodynamic capabilities of the car. Overall then the Kodiaq looks better than before.

While a lot has changed on the outside, the inside receives some major updates as well.

The first thing you notice is this 2 spoke steering wheel which we’ve seen on the Kushaq even but it’s not standard. The sportline trim gets a three spoked version. The 10.2-inch digital instrument cluster has five options for displays and gives you all the info you would want. Next is the inclusion of wireless charging along with wireless Apple CarPlay and Android Auto. The 8-inch touchscreen, like before, is slick and responsive, and with this update, also gets in-built navigation. 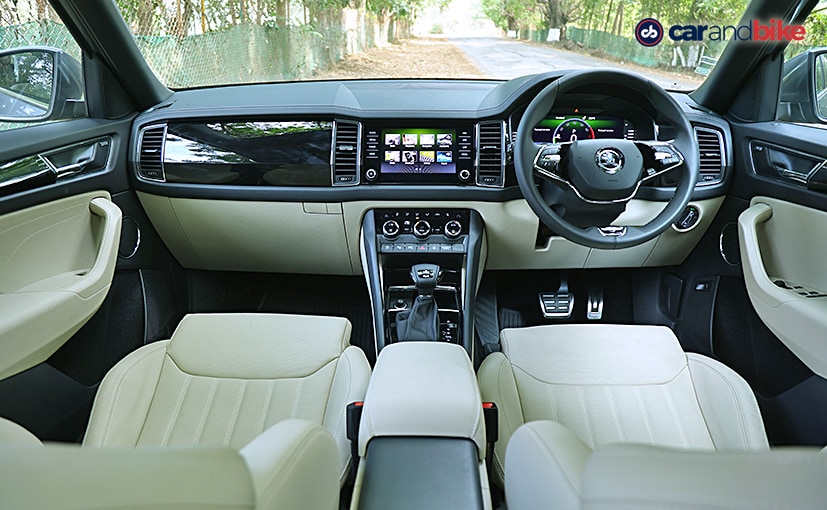 Other bits like soft-touch plastics and a fantastic sense of space are as before. The panoramic sunroof certainly helps the cabin ambience and the seats up front are comfy and broad too. They also come with a memory function and electric adjust, but on this update, Skoda has also loaded them up with heating and cooling functions. But you know what having a massage function for the front seat would have just upped the ante for Skoda because it would have become the most accessible car with a massage function for the front seats on the country. 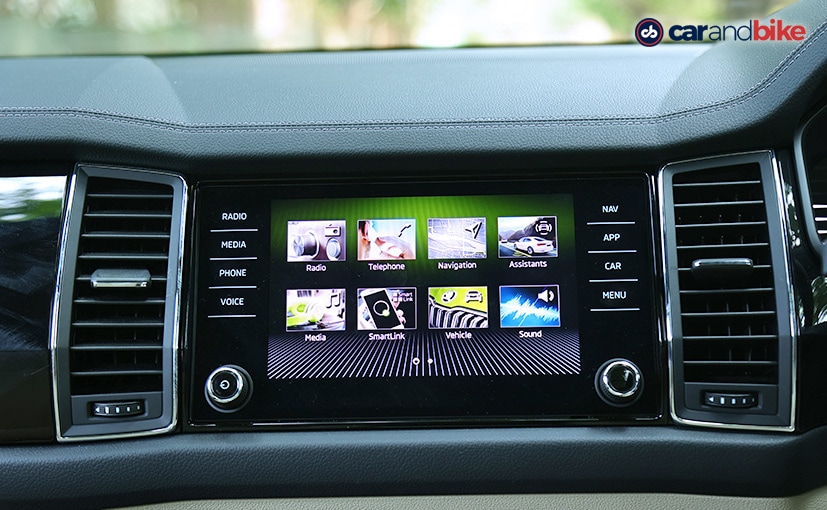 There’s a 12-speaker Canton surround sound system which is brilliant and it also gets connected car features thanks to the MySkoda Connect app, not the embedded sim though and of course, there’s wireless charging as well.

The Kodiaq seats 7 people so we had to peek into the third row as well. Now the space there is essentially for kids but since the second-row seats can be adjusted you can get some reasonable space here. 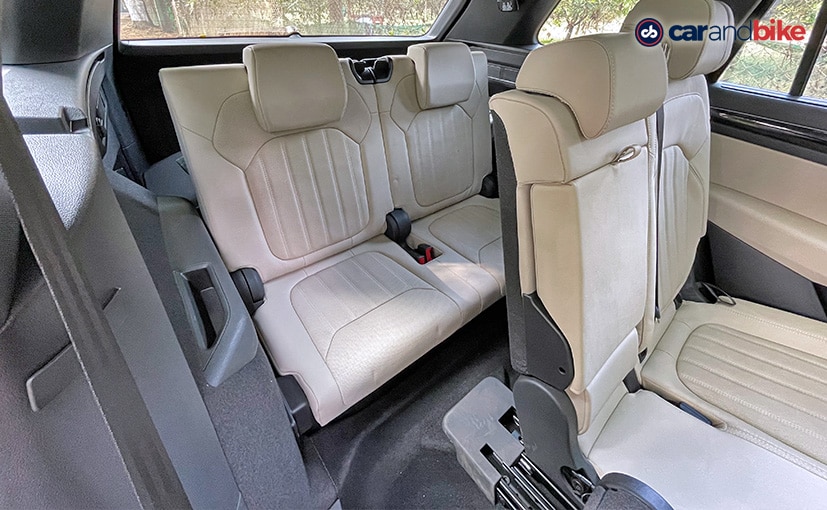 The third row is essentially meant for kids but because the second row can slide, there can be some space made for adults for shorter jaunts

With all the seats up the boot space is not that great, there’s just 270 litres, so that’s not enough to gobble luggage of 7 people, but with the third and second row down there’s 2005 litres of space and that’s massive.

Now the update under the hood is also a significant one because from an all-diesel line up the Kodiaq has gone the petrol way in line with the company’s strategy for India. It’s a 2-litre turbocharged petrol motor which punches out 187 bhp and 320 Nm. Now the earlier complaint was that it wasn’t powerful enough, now there’s more than enough. 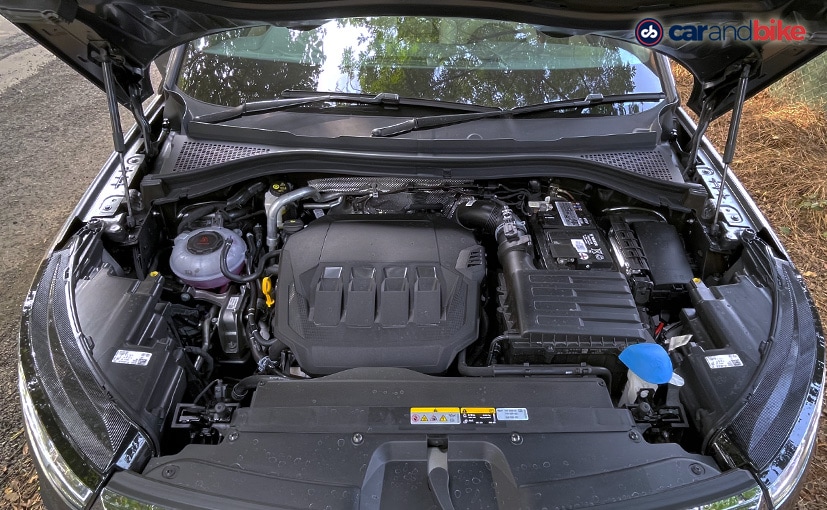 The Kodiaq now gets a new turbocharged petrol engine

The 7-speed DSG keeps feeding in the power to the wheels and there are no complaints because there are driving modes to keep you engaged- theres comfort, eco sport and individual so catering to everyone’s driving styles but I want to talk about the Dynamic chassis control. The dampers get adjusted according to the drive mode you select so on a set of twisty roads the sport mode will firm things up and you’ll get a balanced ride with minimum body roll and yes, it’s very effective! 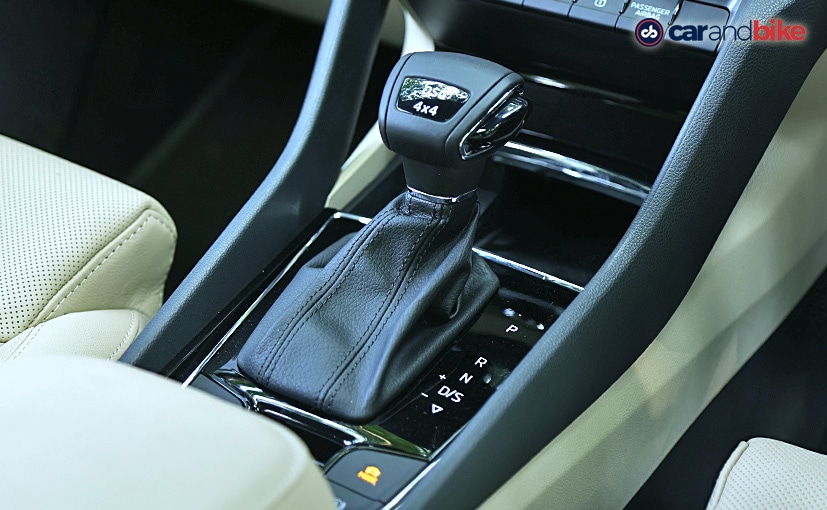 The 2022 Kodiaq gets the 7-speed DSG as standard

Now the Dynamic chassis control is only available in the top trim, but the Kodiaq handles like a dream. It’s a big mind you but neither do the passengers in the car or the person driving feel that and that’s a good thing. It feels compact and works well together. 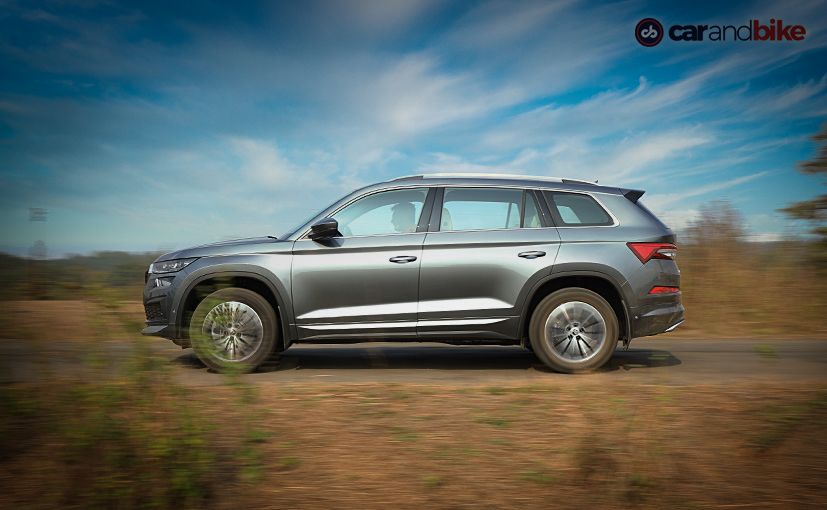 Of course, it’s a 4×4 and that’s standard on the car so you do get the opportunity to take it off the beaten track. We didn’t have much time to do that but with 192 mm of unladen ground clearance, it takes on all the broken roads with ease 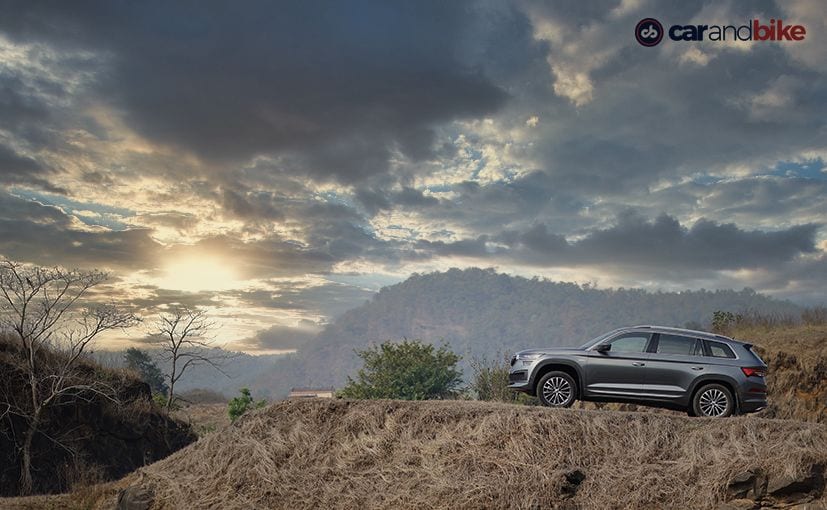 The Kodiaq can also do a bit of off-roading, 4×4 is standard on the car

There are 9 airbags standard on the car and then you have ABS, EBD, Multi collision braking system, Hill hold assist and hill descent control. You also get park assist and more driver assist systems. So yes, it’s all been well thought of to make the Kodiaq a more rounded product and kudos to Skoda for making it happen.

Now finally to the price. The prices for the Kodiaq begin at ₹ 35 lakh and go all the way up to ₹ 37.49 lakh this top-end version. Now compare these prices to the Alturas G4 and you’ll see that even the 4WD top-end version is close to ₹ 4 lakh cheaper than the base variant of the Kodiaq. The Gloster too is more affordable, but it’s Savvy variant with the ADAS tech that is more than 1 lakh rupees more expensive than the Kodiaq. 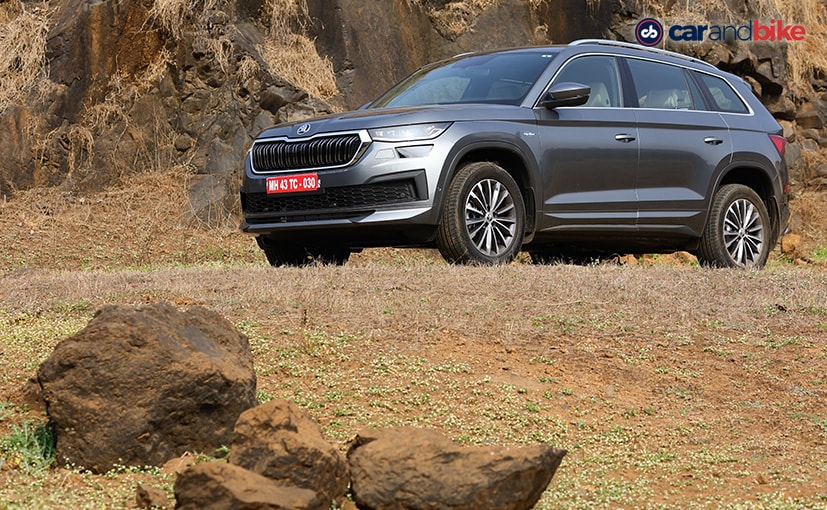 The Kodiaq hits the sweet spot when it comes to pricing

Finally, we compare it to the segment leader – the favourite Toyota Fortuner – and we noticed that the 4×4 manual costs more by 1 lakh compared to the base variant of the Kodiaq. 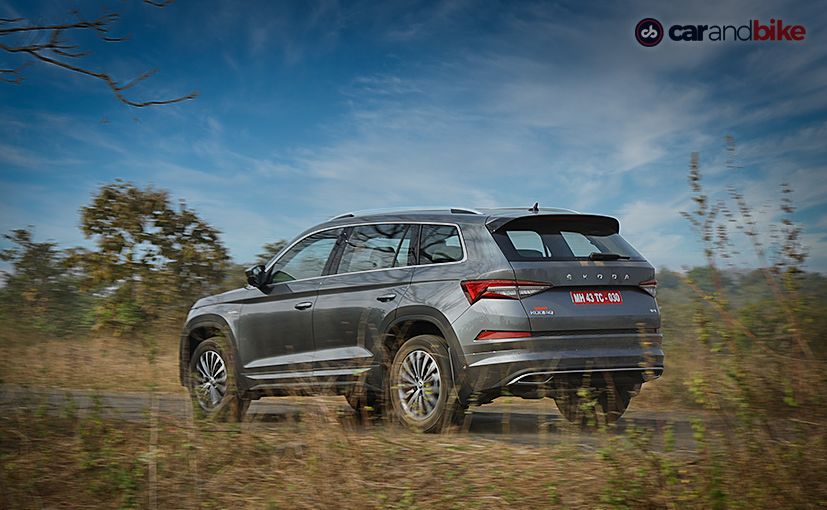 Skoda then has played it smartly with the pricing of the Kodiaq. it absolutely hits the sweet spot. No wonder then that it has already sold the first batch of cars. The Kodiaq is engaging and with the update looks to power through all the competitors in its segment, but the Fortuner will surely be one strong cookie to crumble, and we can’t wait to compare them both to find out.

Facebook
Twitter
Pinterest
WhatsApp
Previous articleCoronavirus Symptoms: The long term COVID-19 symptom no one is talking about
Next articleGermany retracts goal of putting 15 million electric vehicles by 2030, know why