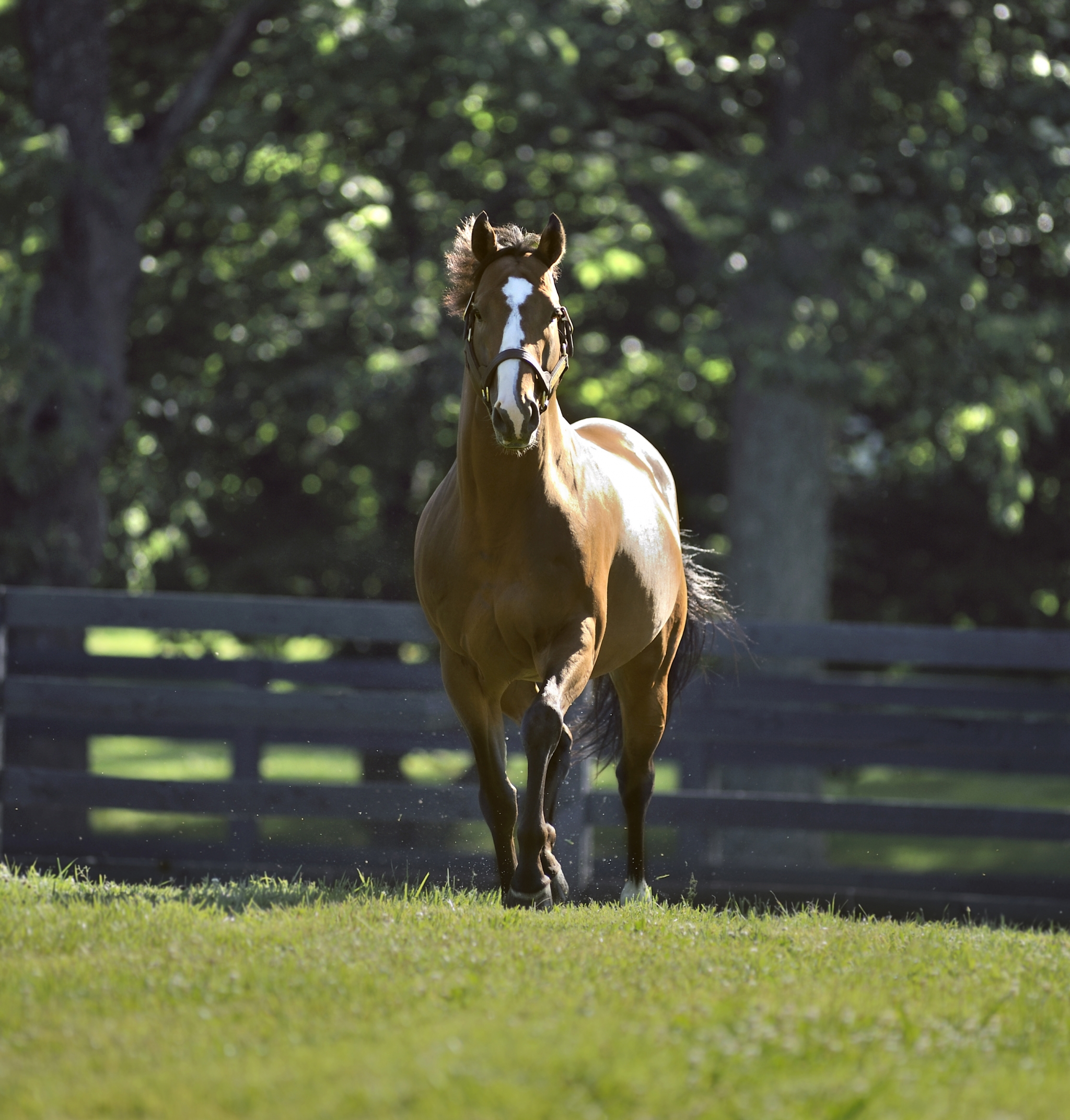 Hip 356, a striking daughter of Into Mischief out of 2015 GI Alabama S. winner Embellish the Lace (Super Saver), was hammered down to Spendthrift Farm for $1.25 million, the second filly to eclipse the seven-figure threshold Tuesday as the fireworks continued at Keeneland September. The bay was consigned to the sale by Bluewater Sales on behalf of China Horse Club International, which paid $2.4 million for Embellish the Lace, in foal to Uncle Mo, at Fasig-Tipton November in 2016. It is the second produce from the mare to make better than $1 million at public auction, as the 2-year-old filly Tap the Faith (Tapit) was purchased by Claiborne Farm for the identical $1.25 million at this sale last year and returned to the worktab at Belmont Park Sept. 11. The 3-year-old filly Classique (Pioneerof the Nile) realized $700,000 at Fasig-Tipton Saratoga in 2019.

Never miss another story from the TDN

Strong trade continued at Keeneland Thursday in the 10th of 11 sessions of the Keeneland September Sale and the second of three Book...
Read more
Racing