Ola Group Chairman and CEO, Bhavish Aggarwal, has put up a tweet revealing the colours of the upcoming Ola electric scooter. The electric scooter will be offered with 10 colour options. 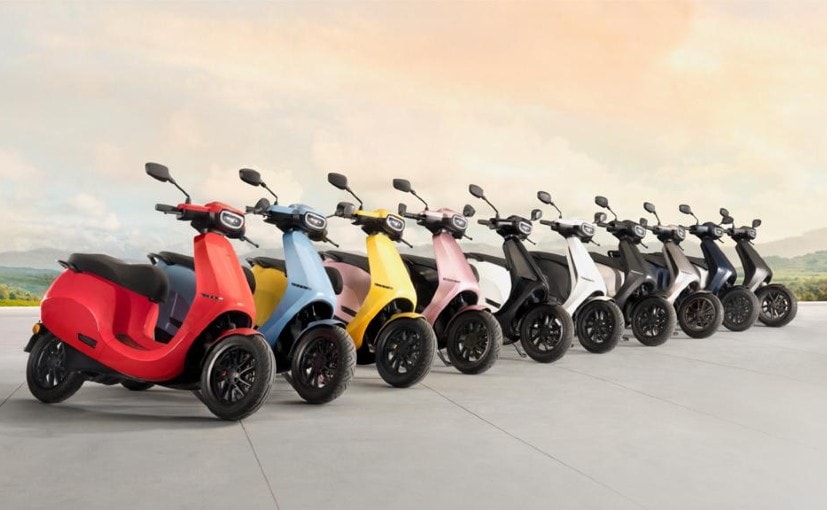 Ola Group Chairman and CEO, Bhavish Aggarwal, recently tweeted about the colour options that the upcoming Ola electric scooter will be offered in. The tweet revealed that the electric scooter will be offered in 10 colours. While the exact names of the colours will be announced at the imminent launch, there will be choices in matte and gloss shades from options in blue and black, the vibrant hues of red, pink and yellow, as well as white and silver. In fact, Aggarwal had earlier posted a tweet asking his followers on their colour preference. Reservations for the scooter have already begun. Interested customers can reserve the scooter by paying ₹ 499 online and will get priority once scooter deliveries begin. Ola Electric reported that it received over 1 lakh reservations in just 24 hours since bookings began.

A revolution in ten colours, just like you asked! What’s your colour? I wanna know! Reserve now at https://t.co/lzUzbWbFl7#JoinTheRevolution @OlaElectric pic.twitter.com/rGrApLv4yk

The Ola electric scooter is likely to have a range of 100-150 km and get features like removable Lithium-ion battery, digital instrument console, cloud connectivity, alloy wheels, telescopic suspension up front and much more. Ola recently filed trademarks for ‘Series S, S1 and S1 Pro’, which points towards the likely names and variants that the electric scooter could have. Our understanding is that the Series S will be name of the Ola Electric scooter range and the first scooter to be launched will have two variants, the S1 and the S1 Pro.

In a video released earlier, the scooter is shown to have large underseat stowage, good acceleration and segment leading range as well. Of course, the exact details about technical specifications are yet to be released. The Ola electric scooter is being manufactured at Ola Electric’s plant in Tamil Nadu, which meets Industry 4.0 standards will have an installed capacity of 10 million electric scooters per annum. The capacity will stand at two million units per year in Phase 1. The plant will have 10 general assembly lines and will be able to roll out a scooter every two seconds, and 25,000 batteries per day.

Facebook
Twitter
Pinterest
WhatsApp
Previous articleIra Khan, Who Battled Depression, Says She Spoke to Her Mom Reena Dutta About ‘How I Felt’
Next articleCroatia to require Covid-19 test for fully vaccinated Brits