The modern brown woman experience in America: Richa Moorjani and Poorna Jagannathan on Netflix’s ‘Never Have I Ever’ season two

Actors Richa Moorjani and Poorna Jagannathan get up close and personal on playing South Asian women in STEM in Netflix’s comedy ‘Never Have I Ever’, and why new mediums of storytelling matter

Never Have I Ever, as a show, has deeply divided South Asian audiences in its portrayal of an Indian transplant family in California, with the kids striving for western modernity and the elders clutching tightly on to traditions. One half of audiences claim the show is hyperbolic and unrelatable, while the other praises the portrayal of the struggle of the South Asian diaspora in the United States. For the latter half — many of whom have felt a little lost as they grew up Indian in another country, and could not understand why mum and dad wanted to supervise boy-girl parties — the show has also proven to be a cultural balm.

Also read | Get ‘First Day First Show’, our weekly newsletter from the world of cinema, in your inbox. You can subscribe for free here

Instead of what many people would expect to be a women-against-women clashing of value systems, NHIE spotlights how women of colour do have each others’ backs and offer each other agency. Agreeing with this, actors Jagannathan and Moorjani tell The Hindu Weekend over a video call how the show has also resonated with non-Indians, and is continuing to prove that brown women can be funny as hell.

The second season was greenlit during the pandemic, so the table reads were all remote. Moorjani, 32, recalls being nervous about how the virtual reads would “kill the creative process and wouldn’t be that funny”, but then she realised it is “still performance” and everyone adapted seamlessly.

Jagannathan, 48 — whose multilingual skills would put most American actors to shame (she speaks Tamil, English, Spanish, Portuguese and Hindi) — brought a lot of collaborative energy to the show’s mission to be as authentic as possible. “Even the plate in which Nalini’s mother-in-law, Nirmala, offers food had to be right. Because you can’t cater during Covid, they had to teach someone how to make South Indian food; so eventually 11 dishes were made [including paruppu],” she says.

Moorjani collaborated with costume designer and Kaling confidant, Salvador Pérez Jr, to retain the essence of Kamala, while keeping it professional for her lab sessions. “I trusted Salvador’s vision and wore anything he put me in,” she says, “When she wears a black leather jacket and goes to put her name on a research paper [after it was omitted by a misogynistic male colleague], as the actor I felt more empowered!” Speaking of labs and commitments, the actor duo is proud to portray strong women in STEM (Science, Technology, Engineering, and Mathematics). “This season, I learned about how much women of colour in STEM go through. It’s a real systemic problem where their names are taken off research papers,” explains Moorjani, “Granted we see what Kamala goes through in the lab via a comedic lens, but I was keen to show this storyline.”

Read more | ‘Never Have I Ever’ season two review: An uplifting take on brown feminism

Jagannathan also refers to the 2019 feature film, Late Night, in which Kaling’s character stays in the writer’s room for hours on end and is dismissed constantly. “Kaling has been very vocal about this in her interviews, about not getting credit and being overlooked — especially for women of colour.”

When it was revealed that Nalini would find a potential love interest in Dr Chris Jackson (played by rapper-actor Common), audiences were thrilled. As were Jagannathan and Moorjani, especially given the taboo surrounding widowhood. 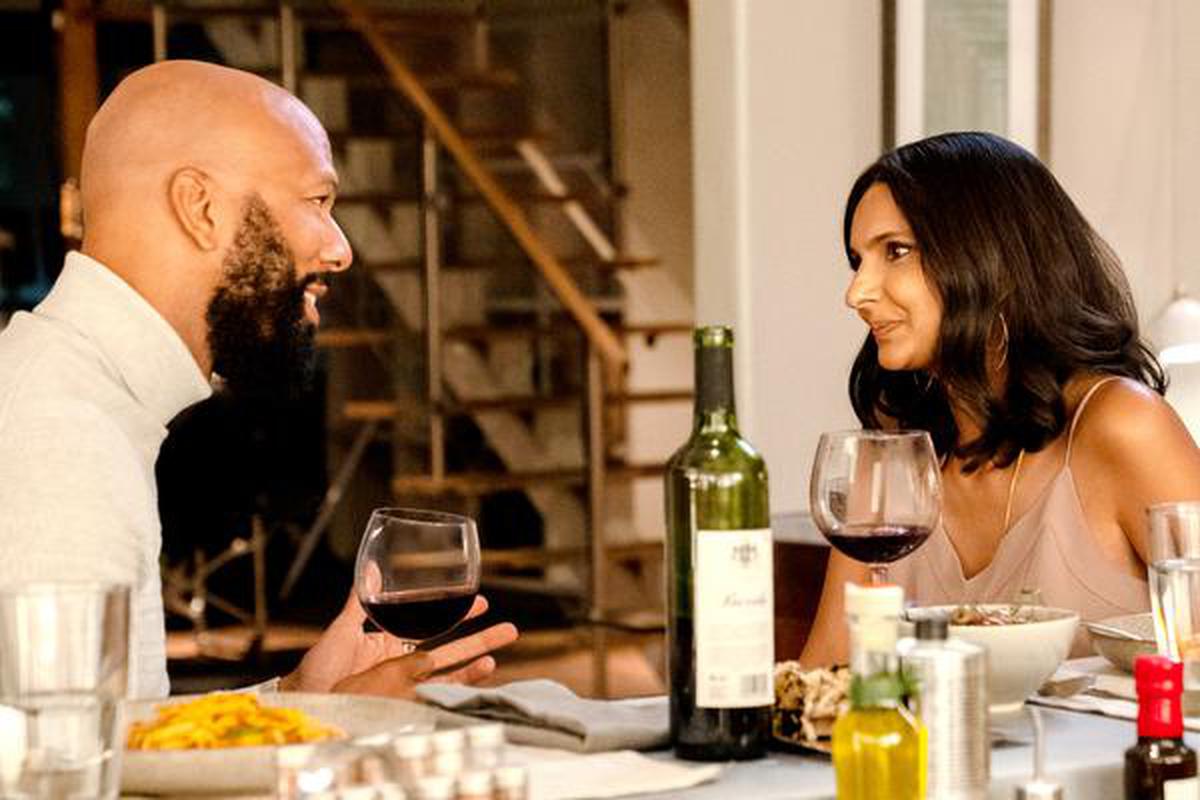 “To depict a South Asian woman who holds on dearly to her values while being a woman of the modern world, opening her heart to a new man, holds a progressive message,” says Moorjani, also known for her passionate pursuits of veganism, clean beauty and anti-animal cruelty laws.

Clearly, the actors take their craft seriously. Beyond the quirky Kamala and the ever-witty Nalini, they strive to enrich their careers with different mediums such as video games, short films, theatre and dance.

Having voice-acted in Fallout 76 — a video game by Bethesda — Moorjani is keen on diving deeper into this rich storytelling medium and into animation (she played the first Indian character, Savi, in Disney’s Mickey Mouse Mixed Up Adventures). She is in post-production for Broken Drawer directed by Rippin Sindher — a film loosely inspired by true events about a young Sikh mother who was killed while working at her family-owned convenience store in rural California. “Rippin called me and told me how special this role was to her, being based off her mother, and that she couldn’t see anyone playing it but me. It turned out to be such a lovely and fulfilling experience,” says Moorjani.

Meanwhile, Jagannathan is in post-production for I’ll Show You Mine, portraying Priya Suri. Based on a true story, the film follows an author, who made a career by examining her trauma, interviewing her nephew for a new book about his life as a model, where he challenged gender norms and embraced his pansexuality. She had a busy 2020, assuming supporting roles in AppleTV+’s legal-drama Defending Jacob opposite Chris Evans, in Netflix’s Messiah, and in HBO’s Big Little Lies.

Video | Cloudburst Near Amarnath Shrine In J&K Amid Heavy Rain, No Casualties

A massive volume of water rushed down from the mountains near the holy cave of Amarnath after a cloudburst today, officials have said....
Read more