Citroen’s next product for India will be the locally-made Citroen C3 premium hatchback, and ahead of its launch, a near-production model of the car has been spotted testing in India. 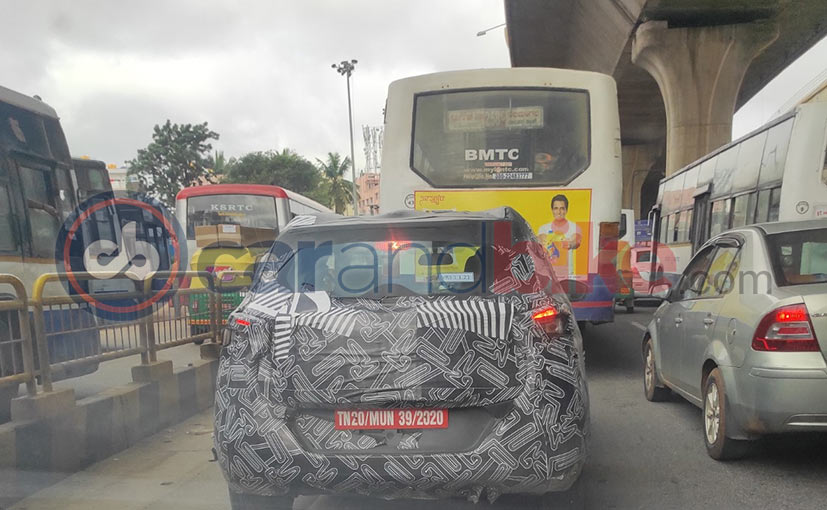 The camouflaged test mule of the upcoming Citroen C3 was spotted near Bengaluru, Karnataka

Citroen India recently unveiled its second product for the Indian market, which will be the Made-in-India Citroen C3 premium hatchback. The French carmaker has confirmed that it will launch the new locally-made C3 in the first half of 2022, and it will go up against the likes of the Hyundai i20, Maruti Suzuki Baleno, Honda Jazz, and Tata Altroz. Now, ahead of its launch, a near-production model of the car has been spotted testing by carandbike viewer Dhawal Nashar, near Bengaluru, Karnataka.

Now we have already seen several spy photos of the car in the past but most of them were early prototypes. However, this one appears to be a near-production model. While it’s heavily camouflaged, based on the roof rails, rear spoiler, the LED taillamps and the large hexagonal housing for the rear bumper, we can tell that this is the new C3.

Also Read: Upcoming Citroen C3: All You Need To Know 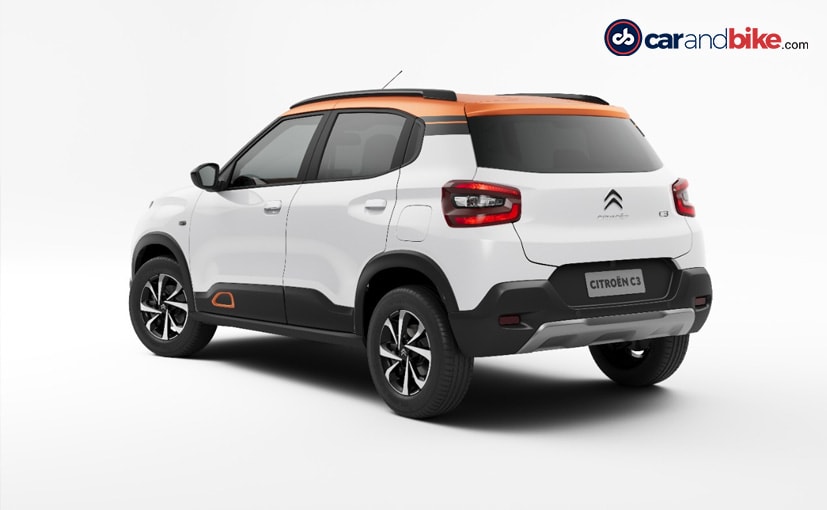 Visually, the model showcased by the company featured signature Citroen styling with two chrome lines extending from each side of the logo and going into the split LED daytime running lights creating the impressing of being one single unit. The car comes with halogen headlamps, along with cladding on the grille and aluminium skid plates on the bumper. The C3 also comes with faux roof rails, wraparound LED taillamps and a beefy rear bumper. Also, the C3 comes with SUV-ish styling so you also get to see a lot of cladding all around the car to give that butch look.

Also Read: Citroen C3: Why A Hatchback Is The Brand’s First Mass Offering In India 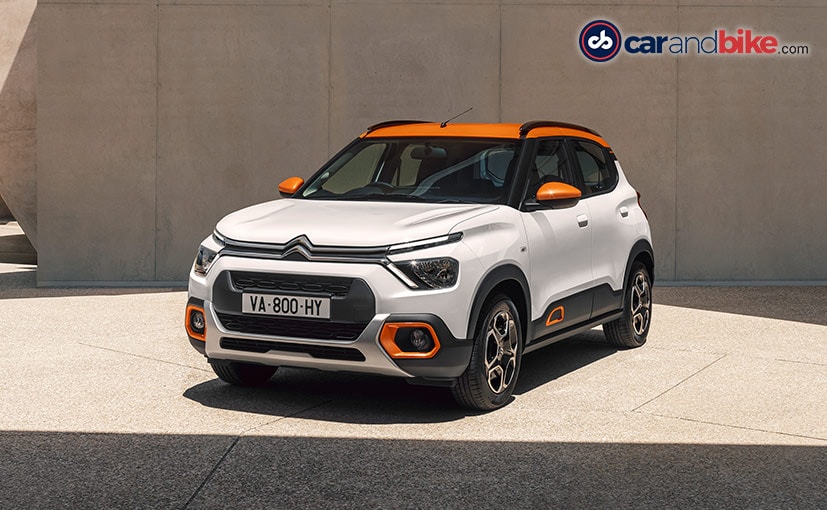 The C3 comes with signature Citroen styling with LED daytime running lights halogen headlamps, and beefy side and underbody cladding

While we do not get to see the cabin of the car in these images, based on what has been revealed by the company, inside, the C3 comes with a well-laid-out cabin with the two-tone colour treatment carried over from the exterior. The vibrant panel on the dashboard matches the exterior shade of the car, while the air-con vents, with glossy black bezels, are similar to the ones in the C5 Aircross. Customers will also get a choice of up to eight seat covers, and there is a place to attach a smartphone clamp. 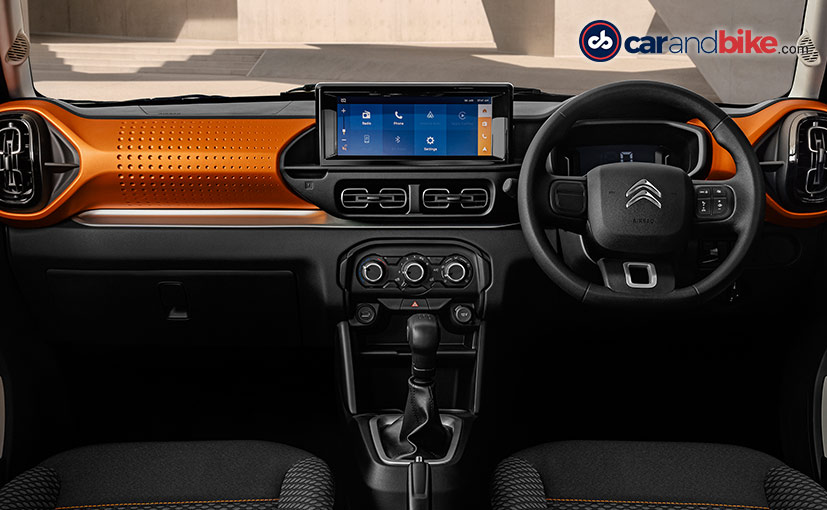 The engine options and other specifications have of the car have not been revealed yet, however, rumour has it that the car will come with the 1.2-litre three-cylinder turbocharged unit and the diesel will get the 1.5-litre, four-cylinder turbocharged oil burner. The company has claimed that it will be launched at a competitive price point, so we would expect it to be priced between ₹ 6 lakh to ₹ 10 lakh (ex-showroom).